This Apple Slab Pie With Icing is easier and quicker to make than apple pie, but just as delicious! It has a no-chill flaky pie crust, a perfectly gooey apple pie filling, and a sweet buttery glaze on top. It’s truly the Best Apple Slap Pie you’ll ever make, perfect for the Holidays and large crowds! 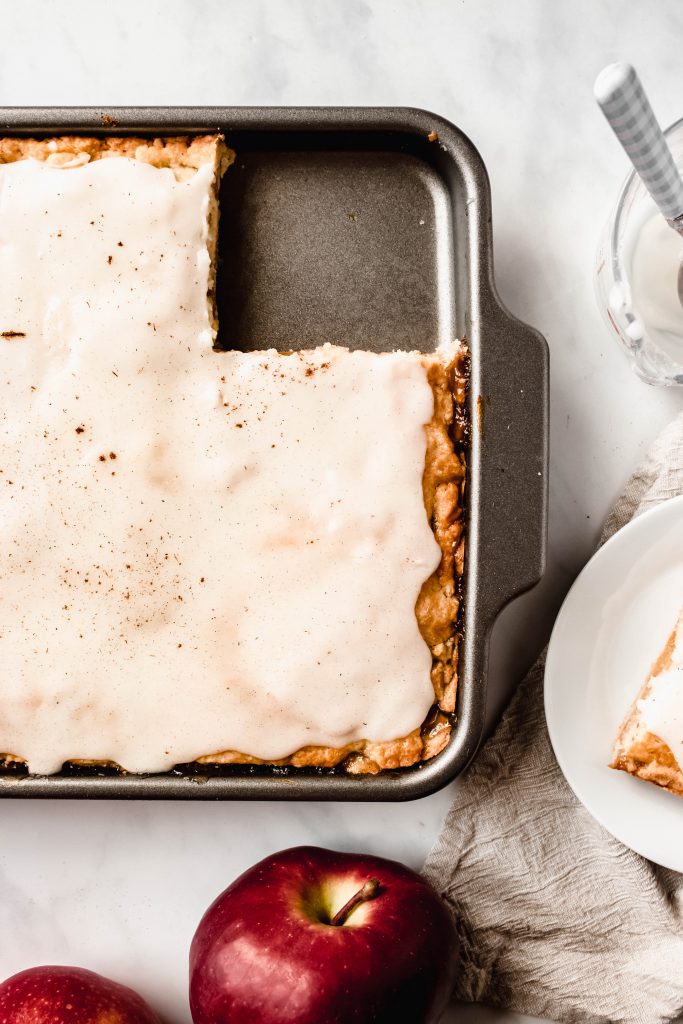 HELLO BBS!!! Today I bring you this delicious Apple Slab Pie With Icing! I call this my “no-fail apple pie” because it’s pretty much an apple pie but it’s much quicker & easier to make (and just as delicious). You can roll it into any shape you want & you don’t even have to wait for the crust to chill. Told ya, easier & quicker.

This dessert is divided into three major steps: the flaky crust, the gooey apple pie filling & the buttery glaze. For the crust, I used my go-to oil crust (yes OIL! – more on that later), a homemade apple pie filling, and a simple powdered sugar + butter glaze to keep things flirty & sweet. 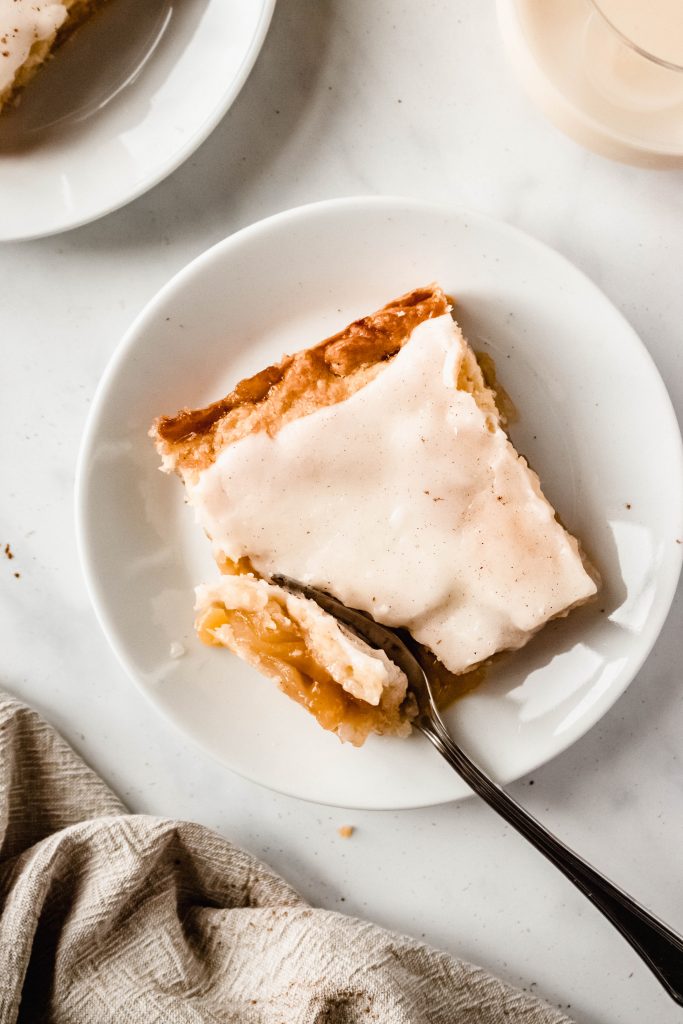 How To Make An Apple Slab Pie From Scratch

For the crust, I used my go-to oil crust. I like this crust because it’s super flaky, just like an all-butter crust but it’s much easier to make and doesn’t require chilling. Bonus point: it doesn’t fill you up the way a butter crust does so you can have 2 slices of this :).

To make an oil crust, you simply combine vegetable oil, milk, flour, salt, and sugar together until a dough starts forming. You knead the dough for a few minutes and then roll it out and use it. No chilling, no waiting, no nothing. Great for impatient b*tches like me.

You can omit the sugar if you don’t like slightly sweet crusts. If you want to sub in a different crust, you can but make sure the recipe you have uses 3 cups of flour or you won’t have enough for this slab (been there done that during the recipe testing phase, yikes). 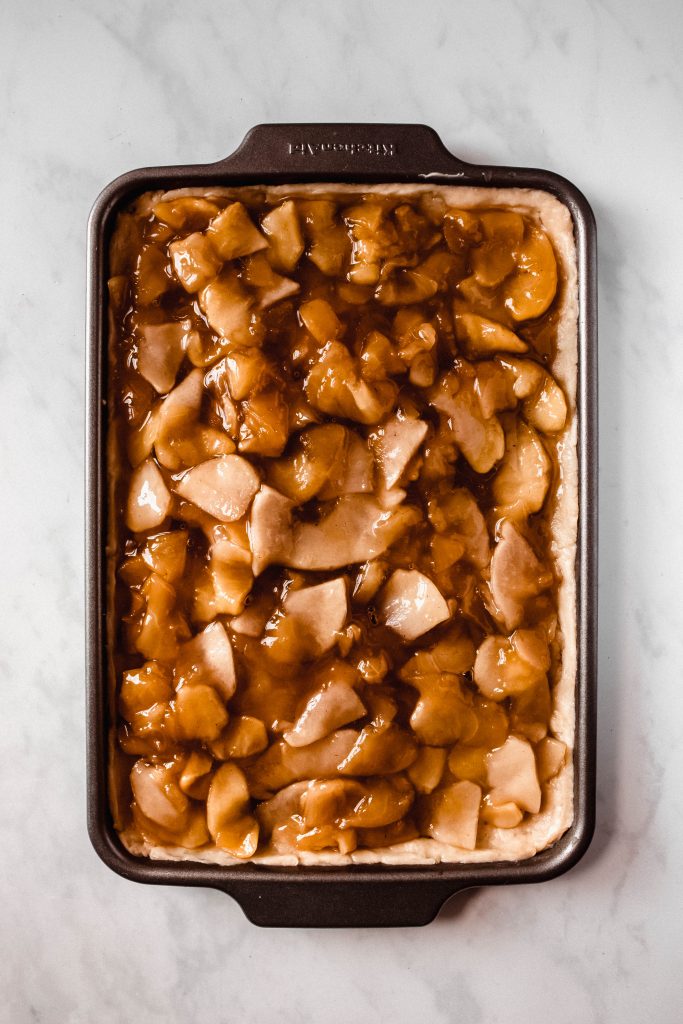 The filling is the star of the show. GIRL. You’re not ready. It’s gooey, cinnamon-y, with a hint of vanilla – basically the definition of cozy!

For this apple pie filling, I recommend using a mix of apples for extra flavor and fun (ideally, sweet + tart) and slicing them into 1/4″ thick slices. It’s made with water, white sugar, brown sugar, cinnamon, and vanilla extract and is cooked on the stovetop until it reaches a syrupy consistency. It’s very easy to make and so *SO* delicious. 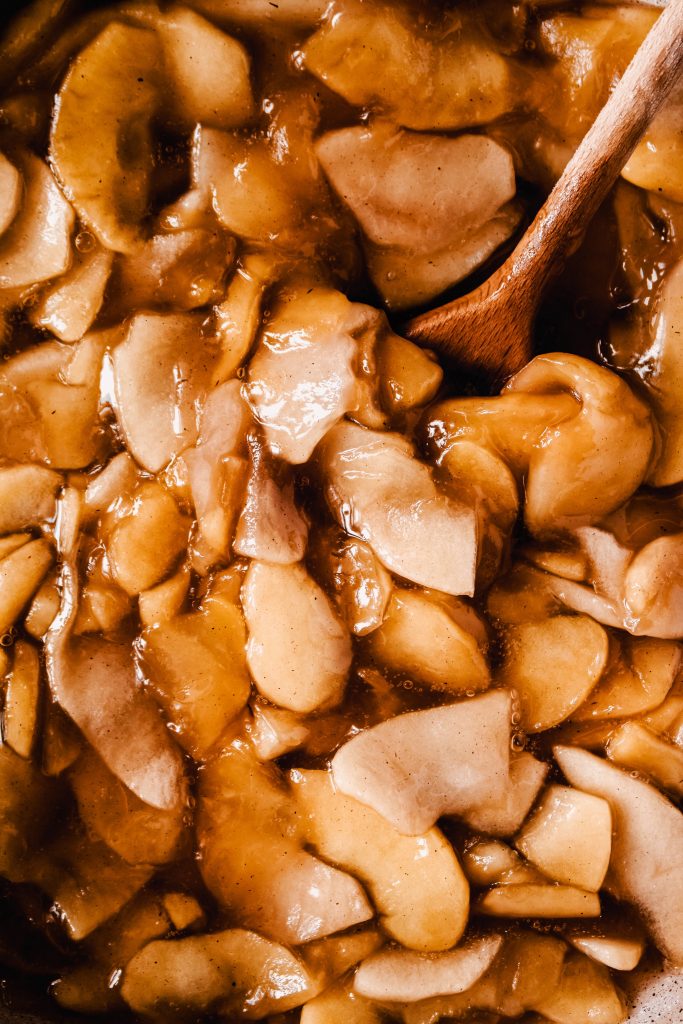 The icing is very simple and takes just a few minutes to make. All you need is melted butter, powdered sugar, milk, and vanilla. This glaze is thick, buttery, and creamy but it does harden a bit over time so it won’t get smudged left and right *AND* you can cut the slab into bars and pile them up if necessary!

Does this apple slab *NEED* a glaze? Not really (especially if you add some sugar to the crust), but the glaze does take it to the next level by adding that extra sweetness and buttery flavor!

You can also use a cream cheese glaze, vanilla sauce, or some good ol’ vanilla ice cream for topping if you’re not into buttery icings. 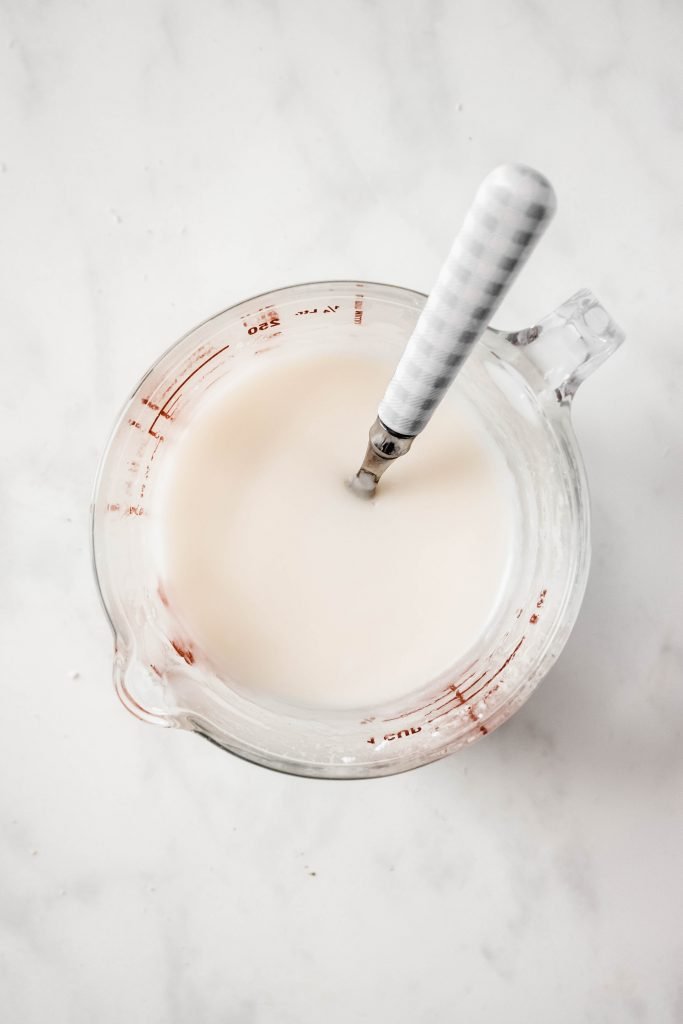 How Can You Tell If An Apple Slab Pie Is Done?

Your Apple Slab Pie is ready when the crust is golden brown. If some of the filling oozed out from the slab, it should have a jelly-like consistency!

How Do You Store Apple Slab Pie?

Store your Apple Slab Pie in an air-tight container in the refrigerator for up to 4 days. Alternatively, you can cover the slab tightly with plastic wrap. 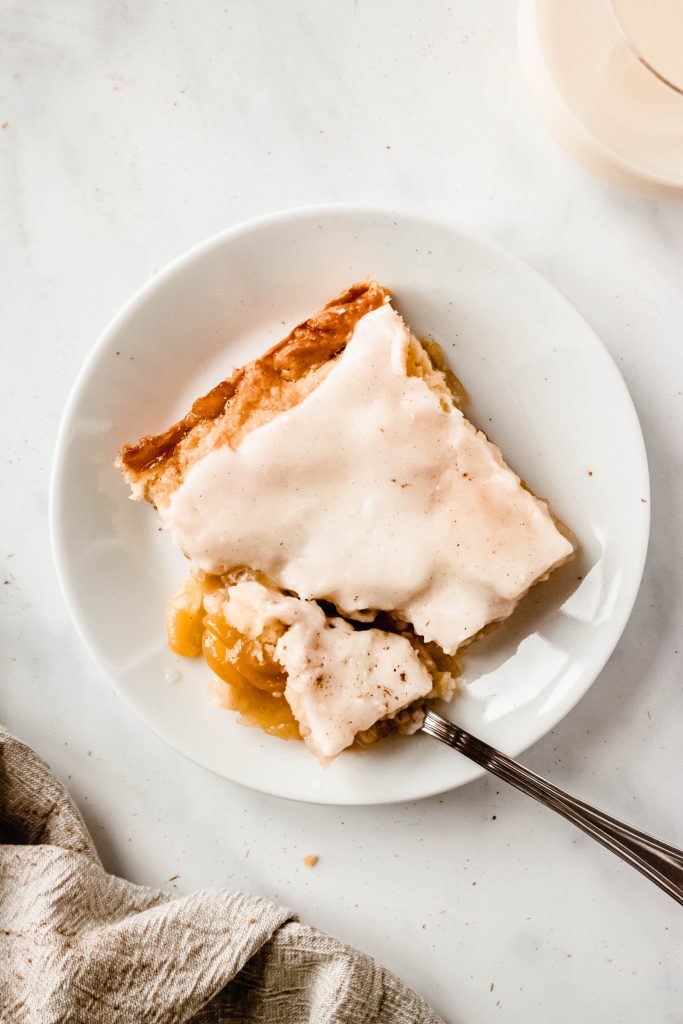 HAPPY BAKING LOVES!! I hope you’ll love this easy pretzel crust as much as I do!

PS: Please leave a comment and/or give this recipe a rating ⭐️ if you make it!
I LOVE hearing from you! 💘 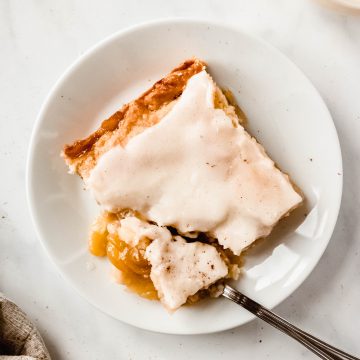 For the Gooey Apple Pie Filling

For the Flaky Pie Crust

For the Vanilla Icing

For The Gooey Apple Pie Filling

For the Flaky Pie Crust

For the Vanilla Glaze

Storing Instructions: store your apple slab pie in an air-tight container in the refrigerator for up to 4 days. Alternatively, you can cover the slab tightly with plastic wrap. Make Ahead Instructions: you can make the pie crust up to 2 days in advance. Combine all the ingredients together until a dough starts forming, knead it a few times, the wrap the ball of dough in plastic wrap and keep it in the refrigerator for up to 2 days. Remove it from the refrigerator and allow it to cool down to room temperature before using. Do not freeze this crust! 📷 DID YOU MAKE THIS RECIPE?! Tag @itsdamnspicy on Instagram and hashtag it #itsdamnspicy
Tried this recipe?Let us know how it was!
« Baked Cordon Bleu Roll Ups With Marinara Sauce
The Food Blog Experiment: Month Zero. » 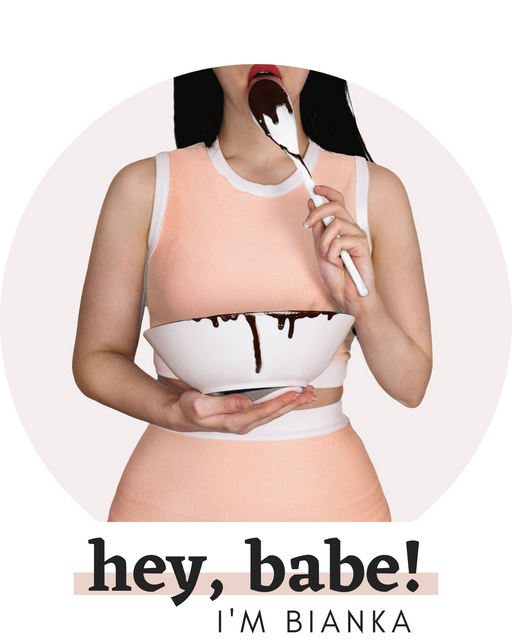 Welcome to Damn, Spicy! I share tried-and-true seasonal recipes from all over the globe!

I like keeping food fun & adventurous so if you love travelling from your kitchen, you've found your new fav food blog! 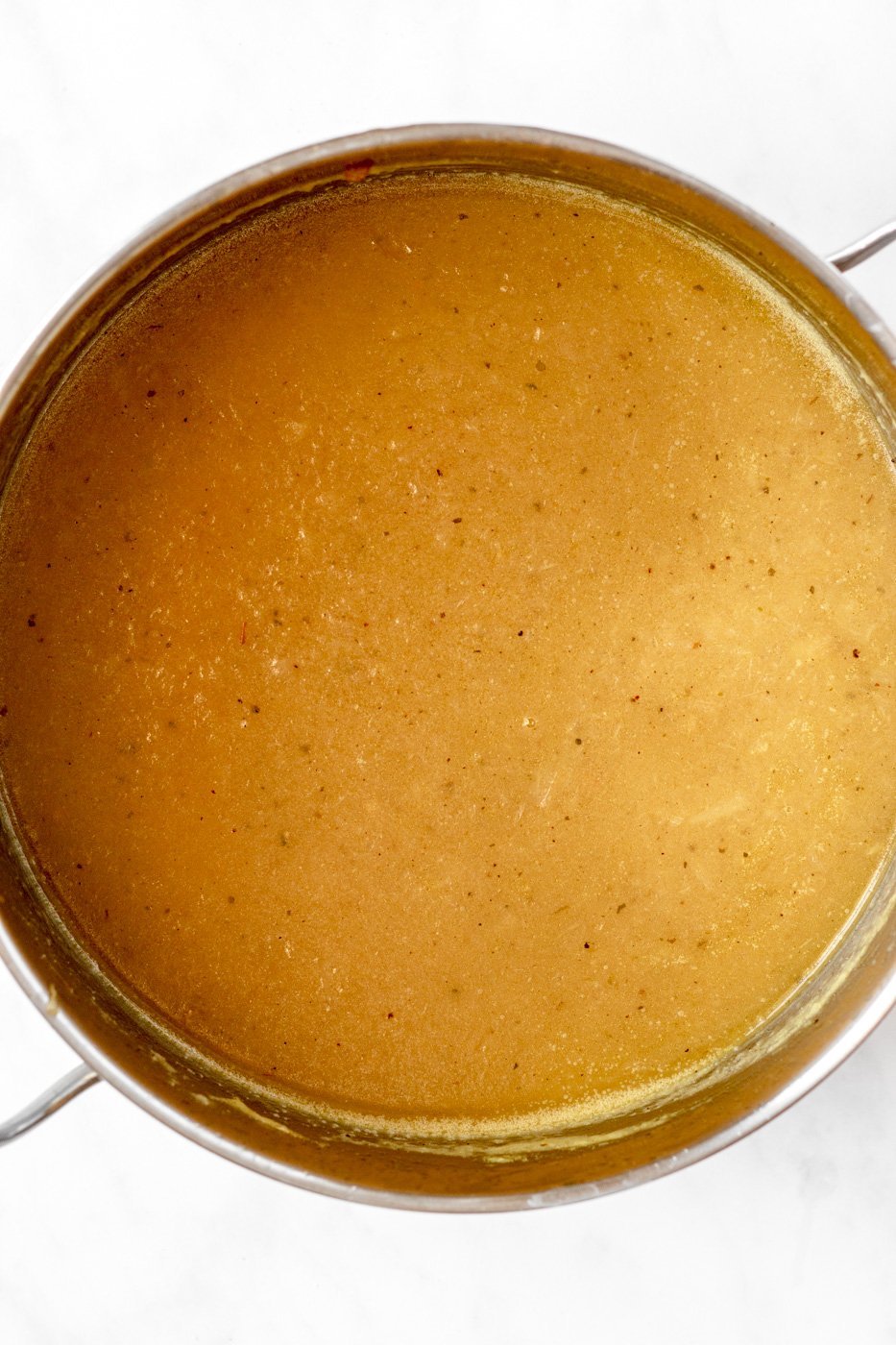 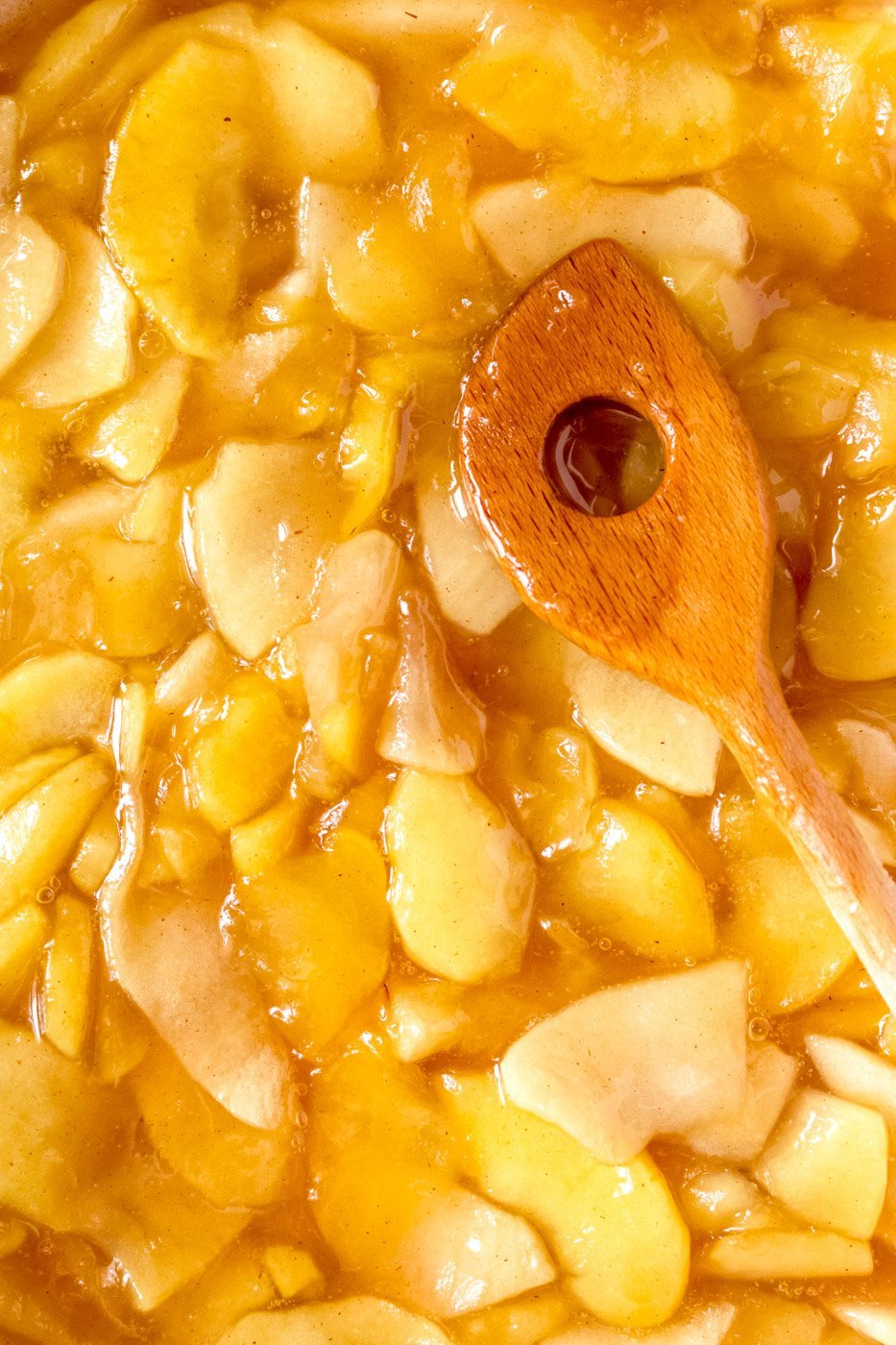 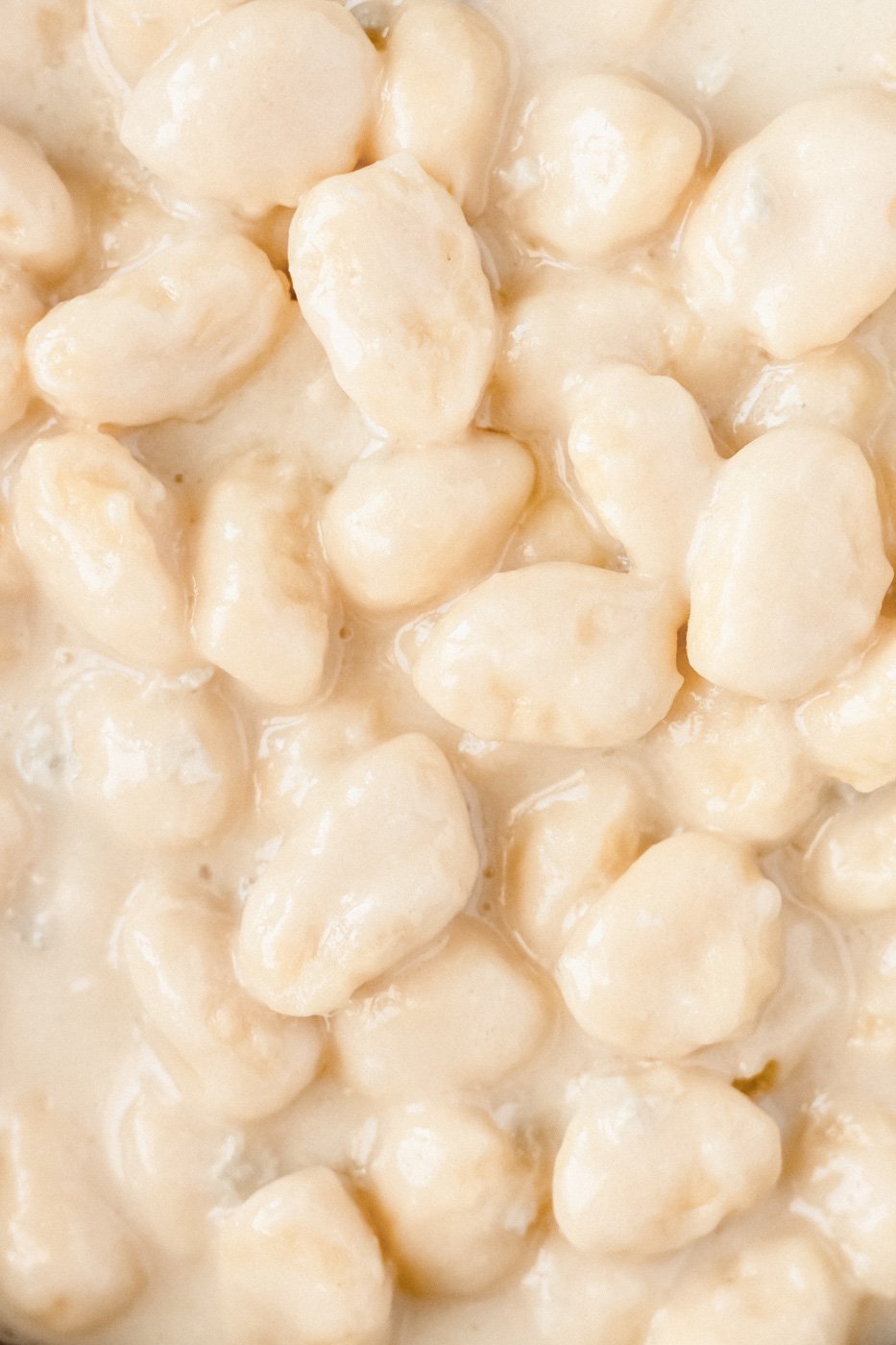 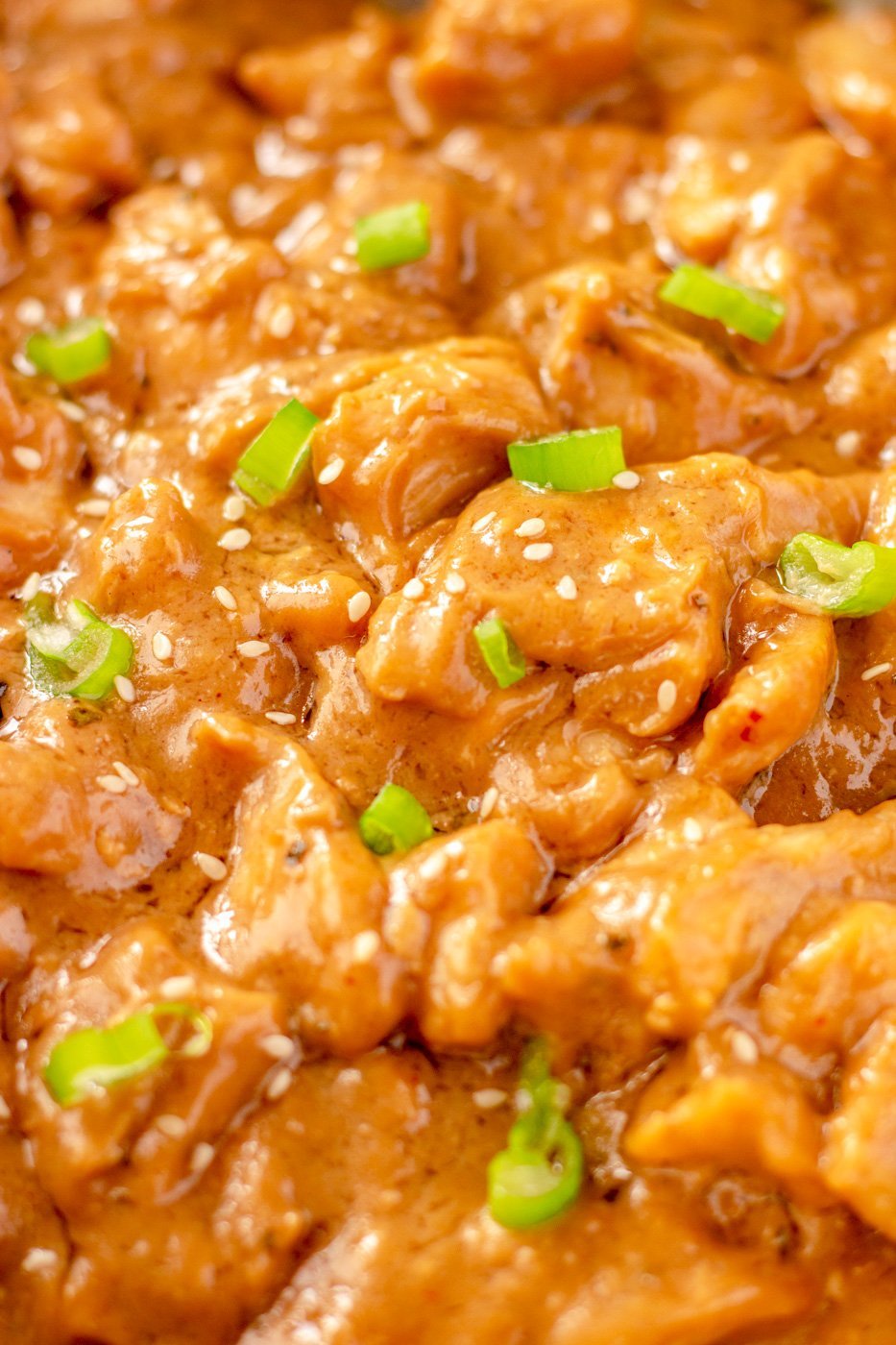 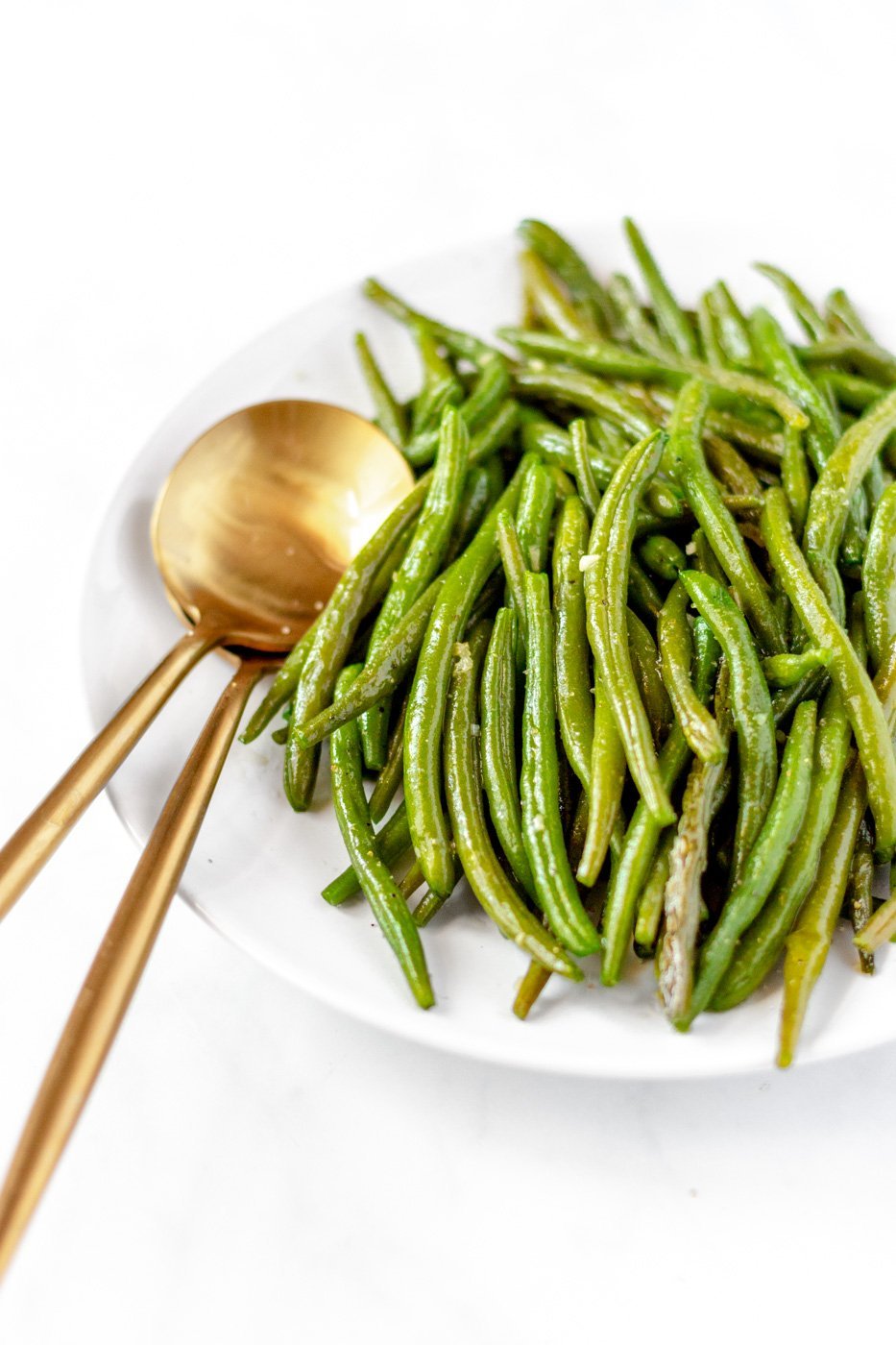 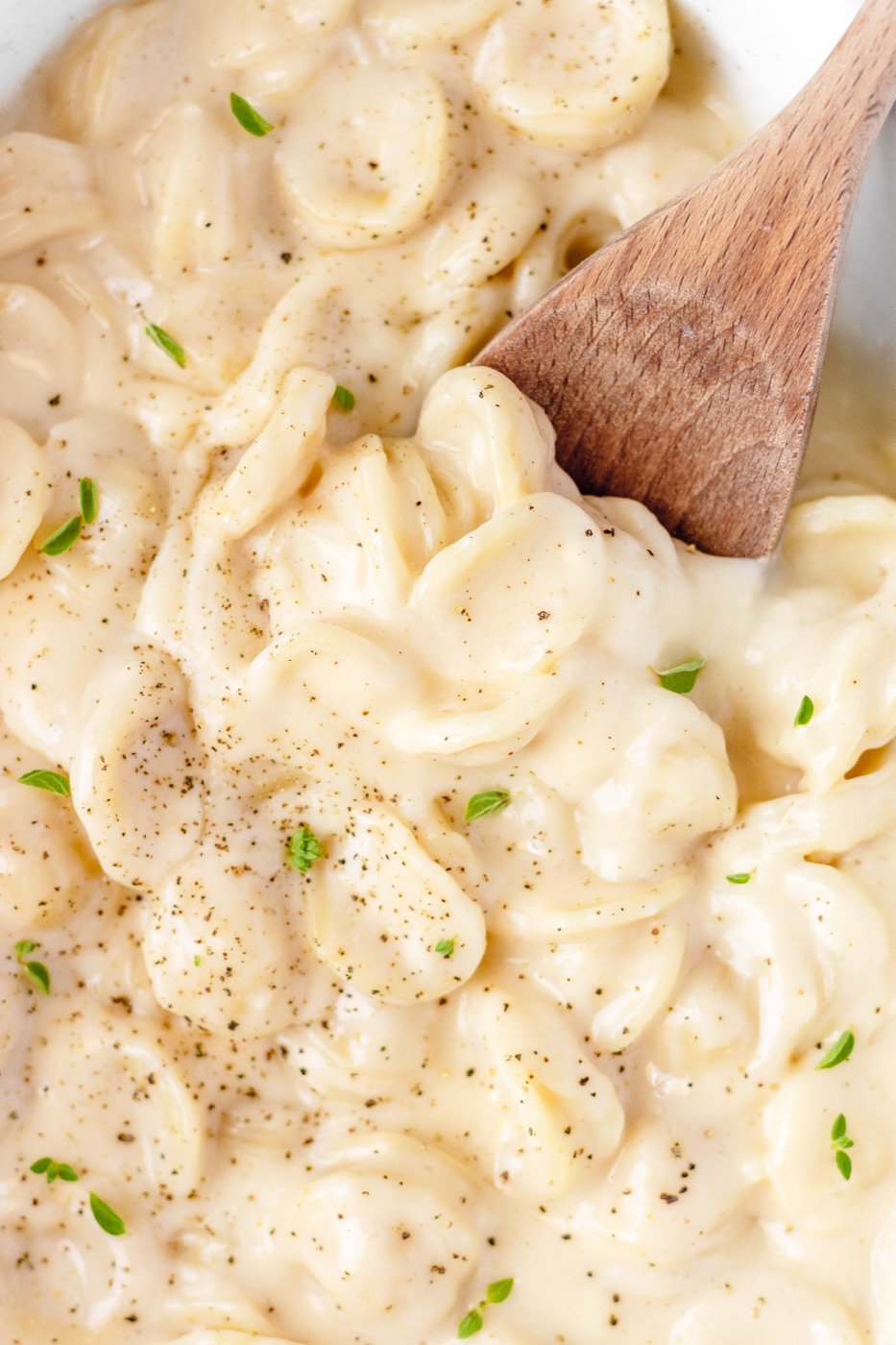